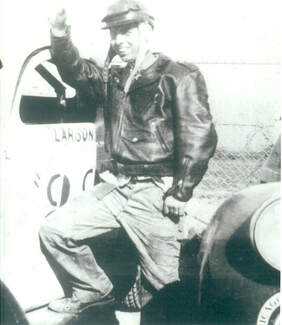 Carl W. Nelson was born on August 31, 1925 in Chicago, Illinois.  He worked in Chicago as a janitor for most of his adult life.  Being entirely unpretentious, he would joke with his elder brother, Ray, about the "load of paperwork" he endured, referring to the newspapers he carried out.  He was the youngest of two boys, and as a child he was a caring person who often brought stray dogs home with the excuse that they just "followed me home".  He was the father of six children who remember him as a man who loved and cared about animals.  When Carl W. Nelson retired to New Lisbon in 1992, he began a relationship with Juneau County animals that continued for the rest of his life and beyond. Carl Nelson not only helped animals while he was alive, he continued to help them after his death in 1996. Through a trust fund set up by Nelson, his family purchased 164 acres of land for Outdoors Forever for the preservation of wildlife. They have also generously donated to the Juneau County Humane Society and Friends of the Buckhorn.   By voting unanimously to name our new shelter the 'Carl W. Nelson Animal Shelter',  members chose to honor a man who they believe has done much to help the animals of Juneau County.
Nelson's favorite animal was his own dog, Spot, who he adopted from a local shelter.  He loved Spot so much that his will provided that Spot would be taken care of in his own home for as long as Spot lived.
Carl Nelson is remembered by Juneau County animal shelter workers and volunteers as a man who visited the shelter frequently to assist in the care of the animals. He loved to bring treats for the cats and dogs. ​Carl Nelson died in Mauston on August 26, 1996.  Nelson's daughter, Linda Sue Nelson Miller of Freemont, Wisconsin, says that her father was devoted to the care and protection of all animals. "He would be very pleased to know that the people of Juneau County have chosen to honor his memory in this way".  In additon to Linda Sue Miller, Carl Nelson is also survived by his daughters Diana Zoe Spears of Mauston and Sheila Joy Christy of Oklahoma.